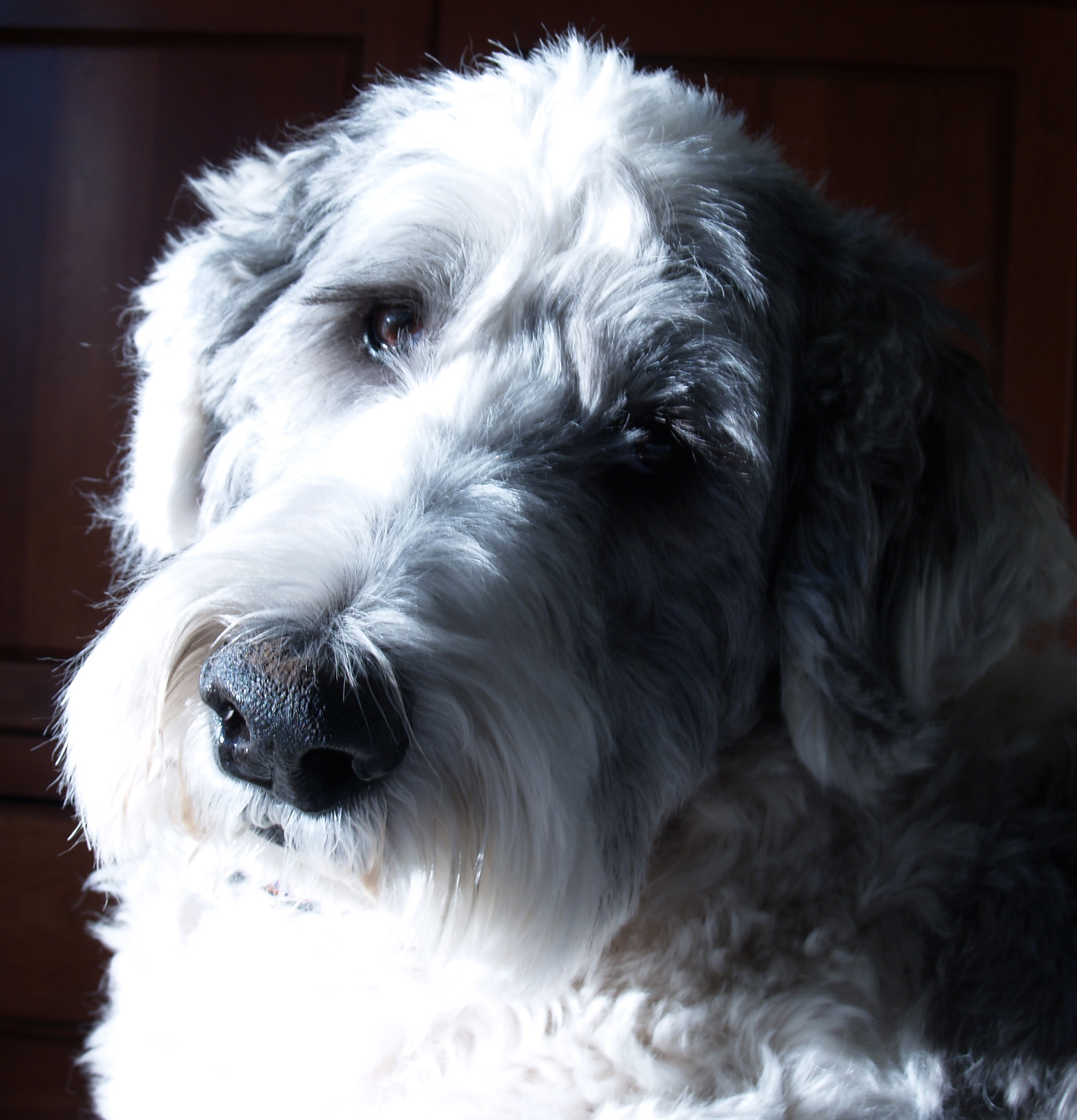 To borrow from Sandy Ingmanson:

Oliver was my reason for getting up in the morning.

He was my constant companion and my best friend.

He was the reason I would want to come home.

Oliver was given to me as a gift. It only took me a few minutes to realize he truly was a gift from heaven. He loved me, entertained me and kept me sane. It was just Oliver and me for the first few years. I wasn’t that great at establishing my alpha position. I was a pushover. It was most noticeable when I tried to leave for work in the morning. Oliver would notice when I was putting on my shoes or grabbing my keys (no matter how quiet I was). Let the games begin! First he would wrap his big paws around my leg and try to hold me back. I’d try to throw his treats in one direction and run in the other. This worked only once, he was very smart. I believe my neighbors would come out every morning for the entertainment. I was a police detective, so they would watch me trying to lower my gun belt and briefcase over the fence so I could hold him back. Eventually he would end up coming to work with me or at least the Chief knew why I was late.

Though I knew this was bad behavior, he was too cute. I knew after I left he would go to bed, he just needed to try. The neighbors and children in the neighborhood loved him. They would come to visit for a big wet kiss and to see him wiggle his butt. He did have his favorite friends. He loved to porch sit across the street with Ken and Carolyn. He knew he would get a big belly rub and a view of all the kids and all the activity going on. If they were not out, he would go right up to their door and pawed it until they would come and join him. Oliver loved to swim and fetch sticks in the pond near our home. His favorite toys were the ones that squeaked. He had many and would round them up near his bed. He would take each one and try to make them squeak. Oliver would pick the one that squeaked the loudest, then he would parade around, so proud, squeaking until we played his game. We would throw it, he would pounce on it and wiggle his butt while we followed to get the toy back. When my future husband, Jack, came in to our lives they were both smitten and a strong bond developed.

On the day he was to cross the Rainbow Bridge, we had a wonderful, compassionate Veterinarian come to our home. Oliver was surrounded by his family and many toys. We hugged, kissed and cried, the hardest day of our lives. He passed knowing only love.

We miss him terribly. We have a new OES puppy coming in July. Oliver will always be a part of us and in our hearts, but I know he would want us to love again, and so we will. The tears won’t stop, and I have gone through a box of Kleenex writing this, but we want to thank the whole NEOESR community. Our hearts are with all those whose beloved friends are waiting for them across the Rainbow Bridge.