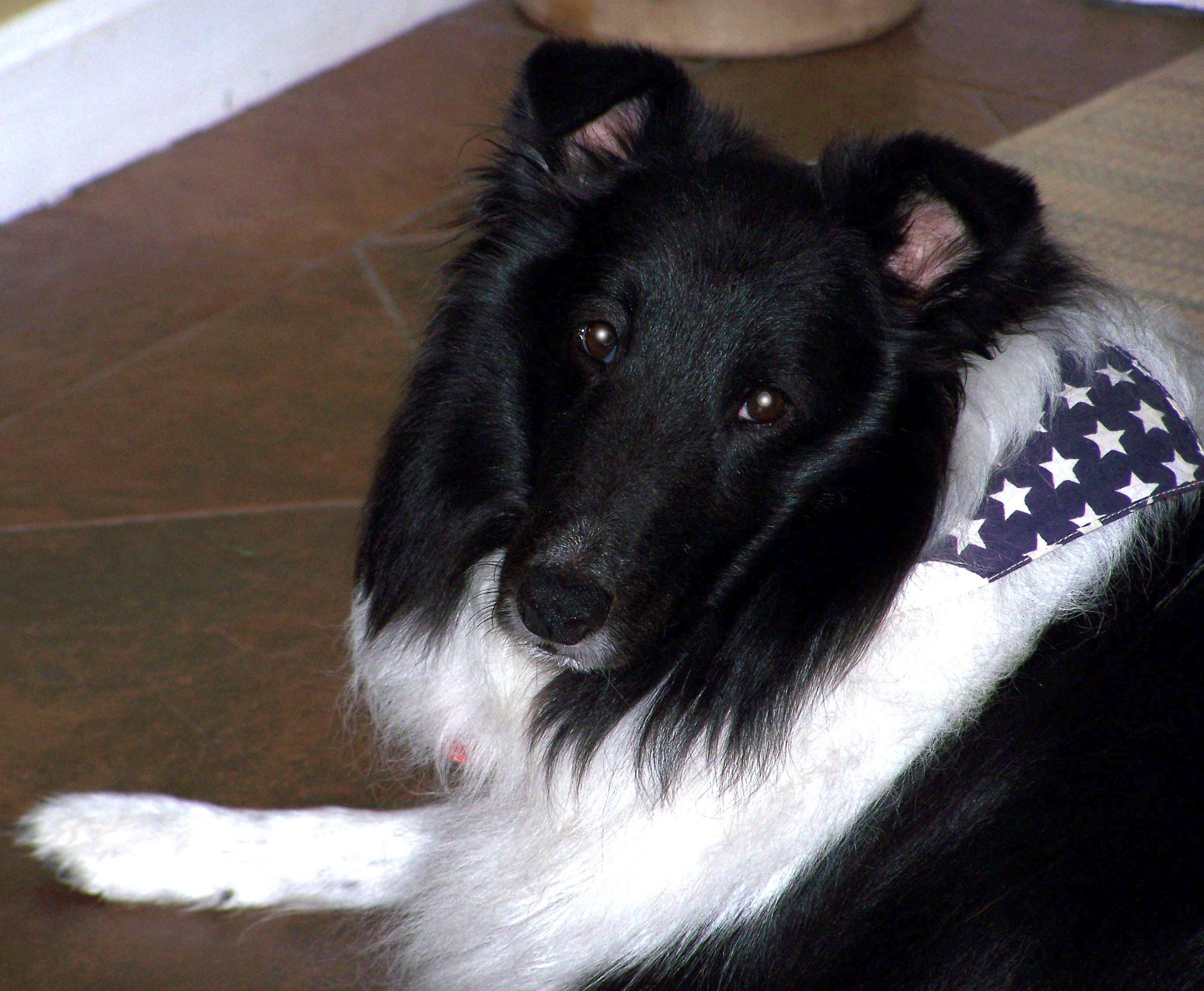 It is with great sorrow that I report to you the passing of out beloved Shetland Sheepdog Macduff.  We sent Macduff over the Rainbow Bridge Wednesday, May 18th.  He was in the end stages of liver cancer, and could no longer eat and was very weak, so we decided to let him exit this veil of tears before he would suffer any pain related to his condition.  He was a trooper to the end.

Macduff was 13 years 5-1/2 months old.  He was a brave guardian and defender of his kingdom and subjects, those being Sharon and I, Katie, Brookie and Maggie May the Old English Sheepdogs, Roxie the Australian Shepherd, and Ian! also a Sheltie.  Macduff was an honorary member of New England Old English Sheepdog Rescue, an accomplished shop dog and supervisor of all activities at my furniture company, and in his younger years a great Frisbee dog.  Also known as Macduff The Brave, his official AKC name was Karox Kamakasi Kisser in reference to his love of Katie and Roxie, his great speed and agility, and his affection for any people he met.  He will be greatly missed.