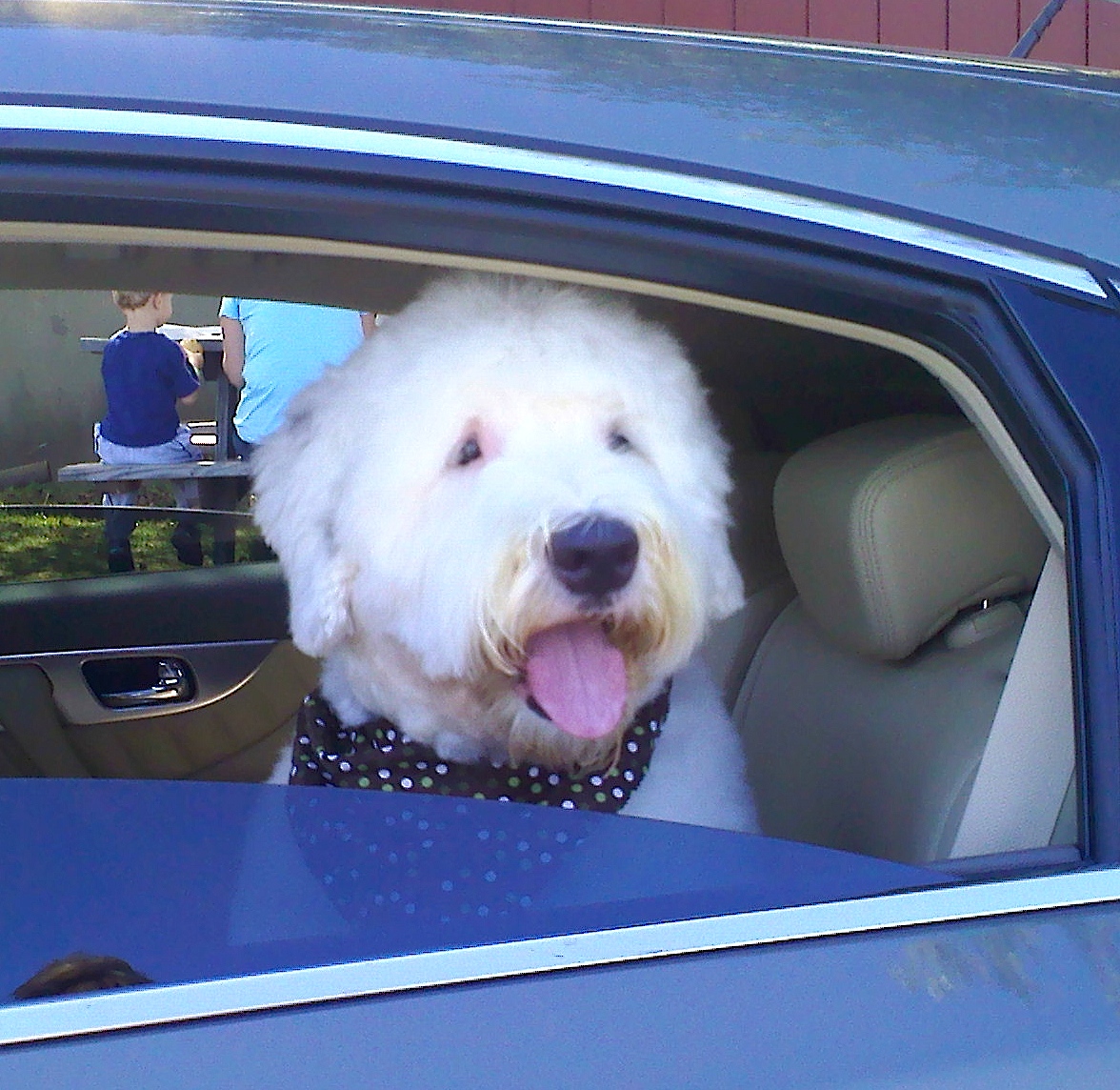 We picked up Gus one sunny day morning in Pennsylvania in July of 2010, as his owners decided to give him up.  We were told that they had a little baby, traveled on the weekends, and Gus was put into “Puppy Camp” a lot.  He had kennel cough when we got him and was on medication for it.  It was very hard for them to do, but Gus came from a loving home, I’m sure, to a very loving home.  We were so excited to get him.

He was so gentle, loving, into everything such as cat food and cat litter, and picked up things on the grass; we always had to watch him closely.  He loved to chase the cat named Blue who also lived with us. As a result, Blue lived under our bed for about 3 months.  Finally one day, Blue had enough and they became buddies. Gus still chased him and they would go at it from time to time, but they were finally ok to be in the same room together.

Gus used to run with me on the weekends. He could outrun me in a heartbeat, but we ran side by side and we both loved it!  We used to walk in the forest and take long walks in our community. Gus would take his time doing his business. It didn’t matter if it was sunny, raining, snowing, hailing; he was very stubborn like that.

He loved to play with his toys, especially his ball.  He would toss it up in the air and jump on us when we would play with him.  He would always give you his paw and sit by us all the time.  Gus never liked a doggie bed or blanket.  If I made him a nice bed he wouldn’t sit or lie on it.  He loved the tile entry way and the bathroom and kitchen floor.  Occasionally he would come up on the bed and stay with me for a while, but in no time he’d be back on the carpet.  He wouldn’t let the cat come near us when he was around.

In early spring of 2011, Gus seemed to get the runs a lot and we became concerned. We took him to the Vet, and the blood work appeared to be fine, but Gus had lost nearly 8 pounds. We switched his food and he was a little better, but kept losing weight.  We were referred to specialists for additional testing. Gus was diagnosed with Systemic Lupus – an autoimmune disease. In Gus’s case, his red blood cells were being attacked and destroyed by his immune system, which caused anemia.

Also associated with this dreadful diagnosis are “Nose Bleeds”. Gus had about 4 or 5.  One minute, Gus would be laying on the floor appearing to be fine, and the next moment he comes into the den with blood all over his chest and paws. We immediately wiped his nose, put cold compresses on his snoot, and cleaned his chest and paws. I can remember sitting with him on the kitchen floor for about 2 hours holding ice wrapped in a towel on his snoot and this gentle lamb just sat there and let me do it.

Gus had weekly shots to boost the red blood cells and repeated blood tests to see where we were, but the news was devastating. Gus was not producing good red blood cells and the kidneys became affected.  He didn’t want to eat. He just wanted his water.

The evening after his third shot, he got the runs really bad and we watched him closely.  He went into the kitchen where he liked to sit under the kitchen table.  He was lying down and I made a pillow out of a blanket so that his head would be comfortable.  We checked on him around 11 PM and he lifted his head and then put it back down.  I went to check on him around 2 AM, and he had crossed over the Rainbow Bridge.

How tragic, sad, gut wrenching and heartbroken we were. It was time and he had enough.  We wrapped him in 2 of his blankets and took him to the Vet where we visited with him alone.  I placed a rose on his neck and kissed him and told him to rest in peace our precious Angel. And that’s what he was, an Angel!

We don’t know why these things happen, suddenly, or over long durations of time, but they happen.  Love your animal to the fullest, as you never know when they will be taken from you.  Gus was a healthy 5-year-old dog.  We only had him for 10 months.  We were so glad to spend the precious quality time as we did with Gus.  In our hearts we did everything medically over and beyond.  Some might ask why we put him through that, but we each handle things differently.  We know that we tried our best and Gus knew it too.  We so much wanted to make him better.  We miss him terribly. He will always be in our hearts.  Cherished memories and precious moments are heartfelt and will always be, no one can take that away from us.  Rest our precious Angel, for now you are at peace.