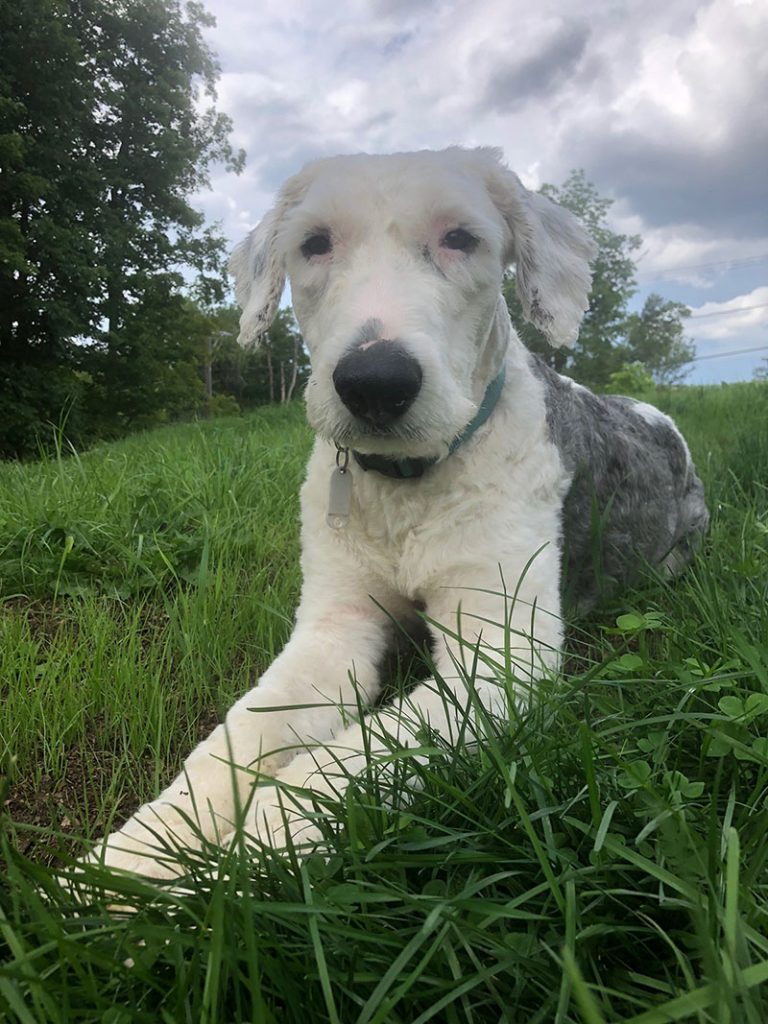 The email started. “Hi, I’m a mom of five boys, ages 1–13, and pet mom of ducks, chickens, a donkey and a cat. My elderly mom had to move in with me due to health reasons, she has a heart condition; she’s diabetic; and sadly she’s going blind, so she walks with a walker and doesn’t see well. Sparky has been
trying to herd her back to where everyone else is in the house – he gets in between her and the walker and circles her and the walker. He is great with kids, other dogs and the cat. I’ve tried everything I can to keep him, but under the current circumstances, I feel like it’s very unfair to him for me to keep
him just because I’m sad to let him go.”

Sparky a 2-year-old, intact male needed to find a new home. His current family just didn’t have the time to offer this dog.

Joan Powers and David Savatteri had been without a sheepdog for a year and were interested in adding one to their family again. They were hoping to get a dog
that got along with other dogs. It looked like Sparky might be a good fit.

“New name! He’s officially Duffy. He has ear infections, and the cuts from grooming are also problematic, but it was all taken care of. Antibiotics for that. He did great! Overall, things are great; he likes the car; likes people and other dogs. He hates the food they sent so we’re working on that. He is still very uncertain about interior staircases; he has made some small progress, though.“

Latest update: Duffy is doing great! He gets along with other dogs, loves people, doesn’t run off. It’s as though he has always lived here. He amazes me every day.