Lucy is a 12 year old OES that was looking for a new home because her owner died (and it was several days before poor Lucy was found). Lucy was in pretty bad shaped when she was taken in (UTI, mammary tumers, diarrhea…). But after some great vet care she was ready to go to her new home with Sandy, and Sandy’s other dog Charley and her cats.  According to Sandy, Chloe (new home, new name) is settling in well….she quickly found her new orthopedic bed and claimed it 🙂 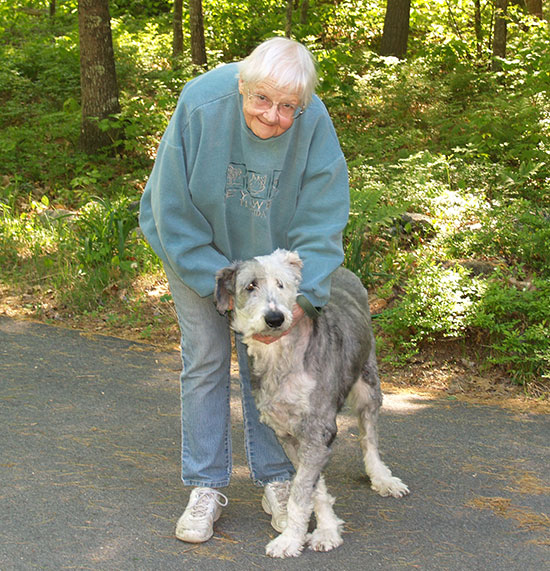